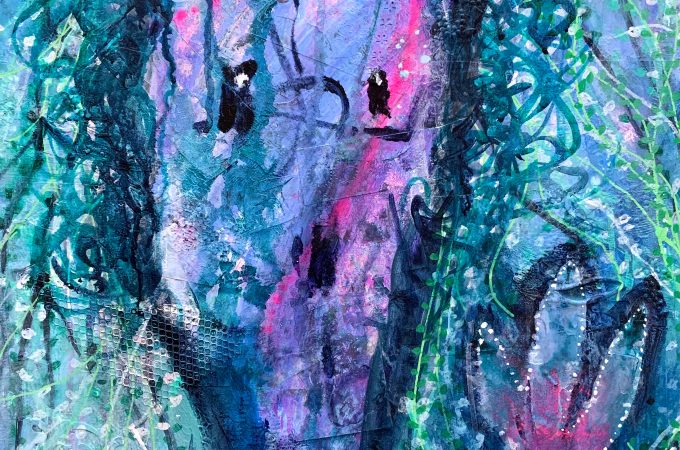 I’ve been tiptoeing up to this work and backing away from it since May. No matter how hard I tried I could never find the right approach. I don’t ordinarily paint on canvas so the entire experience of making this work was deeply uncomfortable. I didn’t want to make this painting – it demanded release. As I painted I struggled to find the right words to talk about what this work means to me because I knew someday I’d need to.

The conversations I had with myself over the past five months while working on this painting have been a gift.

I could share stories about the events that took place during the past twelve years which led up to this work but they’re not worth the time it would take to type them. I thought I might like to get those stories out of my head and into the open, finally. When he was alive this was my most fervent wish – I wanted to be heard. Now that I have the opportunity to share my story without consequence, I don’t want it.

It’s not about what happened, anyway, it’s about who I became in the process.

We met twelve years ago on a beautiful June evening. We got married. We got pregnant. He became abusive. Or rather, he was abusive all along and I didn’t see it until I needed to protect someone else.

I never felt like protecting myself was worth the effort.

I found out too late – from one of the women who came before me — that he surfed through life on waves of police reports and restraining orders. His life was an endless summer of manipulation and abuse.

Because I wasn’t able to save myself in time, my mission became to save the ones who came after me by sharing what I’d learned.

He was sweet and charming and so I saved no one. They learned the hard way – just like I did — and had to go through the humiliation of trying to convince a judge they were in danger and needed protection. Some of them were lucky and got a piece of paper which was supposed to protect them – a piece of paper he was all too happy to ignore. Others weren’t as lucky.

I tried to hide from him for ten years. Afraid to leave the house, to leave windows open in the summer, to let anyone know where my son went to school. Afraid to write or make art about anything that mattered. Afraid to go to yet another court appearance for fear that would be the time he cornered me in the parking garage.

The day I found out he’d died my heart cracked open. The first emotion I felt was relief. I was finally safe. I felt like I could take a deep breath for the first time in ten years. It was over, all of it. The endless barrage of phone calls, texts, and emails. The endless hours waiting in the courthouse to deal with yet another court filing. The worry that he’d someday pull himself together enough to be awarded unsupervised visits and he’d make good on his threats to kidnap my son.

That relief was immediately followed by a profound sadness that my son would never know his father. Our relationship was a wreck – most of it – but I also felt sad for the good bits that resided in the core of his humanity. Hurt people hurt people and he was a deeply wounded soul.

But relief, freedom, being able to live and express myself fearlessly again…that’s where my emotions finally settled.

I didn’t know where to begin, so I started with this painting.

This piece started literally with a court order I received days after I learned he’d died. The court rescinded a bench warrant for his arrest due to the child support arrears I’d long since given up pursuing.

From there I added layers of scrap paper and paint and color and random marks, not knowing or caring what I wanted to say, just expressing. What emerged from hours of painting and sitting and thinking and staring was Weeping Widow and the Orphan Flower.

I leaned into the not knowing.

By the time I got to adding blue and pink, things that once seemed very important to say in the beginning began to lose relevance. The sting of my experiences started to fade away, along with fear and resentment. My edges began to soften.

I let myself get lost in painting willow branches.

When it was done, I didn’t know what it meant for a few months. There’s a woman and a flower. The flower is detached from everything, floating like an untethered balloon. The woman – is her expression neutral? Shocked? Content? Scared? I still can’t read it. Maybe you can.

I stared at this painting while journaling as I had my coffee. I stared at it listening to music at the end of the day.

I waited and waited to understand what this weird painting, disconnected from any work I’ve ever done before, was supposed to mean.

I thought about how domestic violence causes little deaths inside of us even when everyone lives. The husband I once adored was dead to me and my son – it wasn’t safe for us to be near him. Pieces of my core being were ravaged. My wide open, trusting, joyful heart slammed shut. My son didn’t get to have me at my best for longer than I care to admit. My son and I were alone in the aftermath together, but we were separate because I couldn’t connect to anyone.

When I sit with this it fills me with rage and shame.

Even as I slowly put the pieces of our lives back together, I didn’t fully feel alive until the day I learned we were safe again.

When I started thinking about how I was going to talk about this work my first thought was to write a found poem — print and cut out words from the tens of thousands of rambling, incoherent emails he sent me over the past decade and rearrange them into something life-affirming. I started reading through and cutting out words from some emails I’d already printed when I realized I didn’t need him to give me closure anymore. I’d already given it to myself by accepting the truth of our relationship. I didn’t need him for anything – not for coparenting or acceptance or emotional support or money. I didn’t and I never had.

I realized I’d given him the keys to the cage I’d allowed myself to exist in for over a decade.

I wanted to throw things.

I swiped the tiny words off my desk into the trash and shredded everything – the piles of court documents, the manifesto he wrote, the letters from his lawyer – all of it.

I deleted the emails.

I painted over this painting. Weeping Widow and the Orphan Flower is the foundation of my freedom. I give myself the gift of creating a new story. 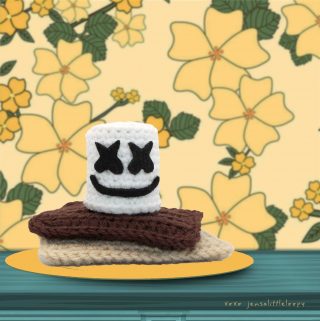 Hey crafty friendos, we need to talk. There’s a whole new art market exploding right now that you might have been hearing about: NFTs (or cryptoart). How long will it last? Who knows. Is it too late to slide in there? Nope! You’re right on time…maybe even a little early! I’ve been wanting to write…

END_OF_DOCUMENT_TOKEN_TO_BE_REPLACED 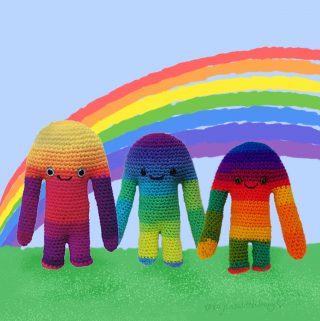 This past month my public work has gone fairly quiet and I’ve turned inward – assessing whether I’m working on the right things, adjusting my goals, recovering from a topsy-turvy first half of the year. Unsurprisingly, I’m having to do a lot of course correction. And that’s ok, awareness is the key to tracking and…

END_OF_DOCUMENT_TOKEN_TO_BE_REPLACED 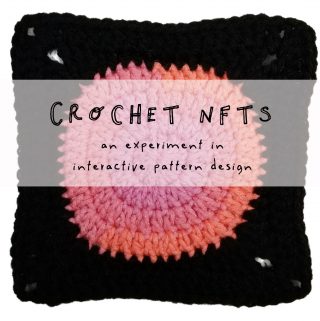 Can you sell a crocheted blanket one square at a time? Let’s find out! 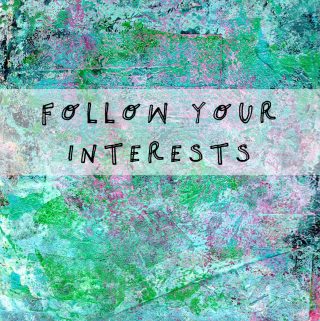 Follow your interests. I was *supposed to be* writing the fourth post in this series and working on my 100 day project. Instead, I got really interested in a crochet project (I know, right!?!?) and decided to dig into it a little. Inspiration comes from the strangest places. When it strikes, you have to grab…

END_OF_DOCUMENT_TOKEN_TO_BE_REPLACED 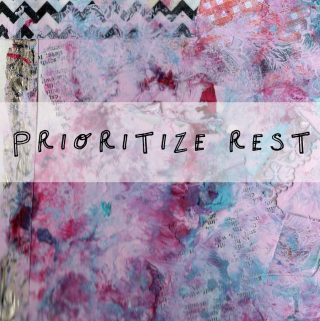 Prioritize rest. I missed day 3 of #write28days. I also missed day 3 of The 100 Day Challenge. I’m not even gonna say whoopsie because I did it on purpose! I was going to write about this later in the month when I’d gotten to a point where I was properly worn out. When I…

END_OF_DOCUMENT_TOKEN_TO_BE_REPLACED 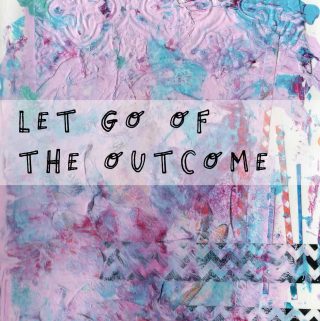 Let go of the outcome. So often when we start a creative project our mind zooms past the act of creating to questions like, “Will other people like this?” or, “How can I earn money from what I’m writing?” or, even “Is this worth my time when no one is going to see it?” Creativity…

END_OF_DOCUMENT_TOKEN_TO_BE_REPLACED 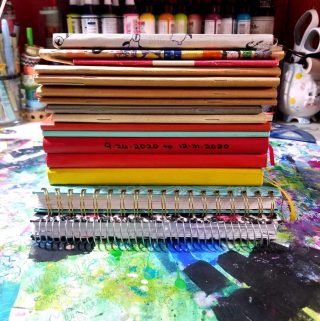 Bite off more than you can chew. I’ve just set up my BuJo for February and written down my to-do list for the day. It’s a snow day for Smalls, but not for me. But, we get big, glorious piles of snow so rarely in my corner of South Jersey I’m not missing my chance…

END_OF_DOCUMENT_TOKEN_TO_BE_REPLACED 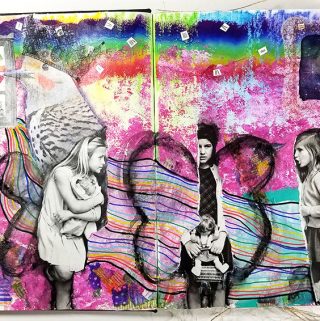 (Subtitled: All the things bouncing around in my brain you didn’t ask me about but I’m telling you anyway.) What a weird day/week/month/year this life has been. I know, Captain Obvious in the house. So far we’re holding steady, staying home, washing hands, cleaning, schooling, working, strategically planning grocery outings to avoid as many people…

END_OF_DOCUMENT_TOKEN_TO_BE_REPLACED 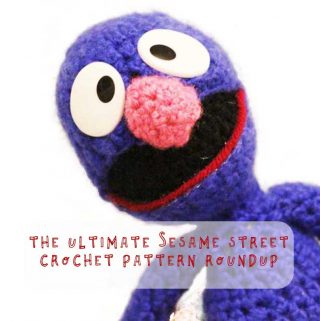 Ever since I was a kid I’ve been obsessed with Sesame Street and Muppets. I’m still obsessed and keep a growing collection of Sesame Street toys on my desk at work to remind me to go out and play as often as possible. So I scooted around on Etsy and found the best Sesame Street…