You’re “just a knitter” so you should keep your opinions to yourself.

You aren’t smart enough to analyze information or have opinions about anything other than yarn.  Stay in your craft room and make cute things.

Do not engage in activism.  That’s for other people who know more than you.

You have no value beyond what you create with yarn.

You give more polite, well-behaved knitters a bad name.

You are just a girl and therefore should sit down and shut up.

When I dared write about something other than knitting, Bill Palmer had some choice words for me:

He ranted about this random knitting lady* for almost a week because I had the audacity to write a post about Palmer Report and stick it where it didn’t belong – on my blog.  He even devoted an entire article to me.

While Palmer’s comments oozed with misogyny and tone policing, I didn’t just dismiss them out of hand.

When I’m criticized, I try to pick out the gems of wisdom buried in the turds and consider whether I’d do something differently next time.  This required considerable effort — the gems were tiny and the shitstorm was deep.

In the end, the only substantive remarks worthy of my attention are:

I was more surprised by the language used to criticize me than anything else.  It was confusing to see liberals dismiss knitters as empty-headed twits who (it is implied) should leave political discussions to the men – generally liberals are on the right side of feminism.  Even more troublesome was that “knitter” wasn’t enough of an insult on its own – they had to append “lady” to make sure everyone knew they were talking about a woman.

Let’s unpack this a bit.

Is a Knitting Blog the Appropriate Place to Discuss Politics?

In fact, knitters and crocheters can discuss politics wherever and with whomever the fuck they’re comfortable doing it.  At home.  In a bar.  On Reddit.  At work.  While shopping for yarn.  On their blog.  In articles other people have paid them to write.

If you look at this blog beyond the post that has everyone in such a dither, you’ll see that I write about LOTS of things.  This isn’t just a knitting blog, despite Palmer’s efforts to characterize it as such.

My readers know I write about All the Things and they love me anyway (I hope!).

If you don’t like the intersection of art and activism and crafts and politics, you’re not my intended audience.  Everyone is welcome, of course, but not everyone will like me.  And that’s ok, we’re cool.  ::fistbump::

In short:  My blog.  My corner of the Internet.  I get to say what goes here.  If I want to make a space for politics, I can.

Do Knitters Who Discuss Politics Have Anything Valuable to Add to the Conversation?

The people I know who play with yarn are brilliant.  They can hold a conversation while knitting lace.  They can stand on a moving train knitting cabled socks while simultaneously keeping the douchebag next to them from grabbing their ass.  They can keep a stitch count straight while answering homework questions and cooking dinner at the same time.

There is a rich tradition of knitters, crocheters, and crafters engaging in activism.  Artists are “activists, optimists, truth-tellers and revolutionaries.”  In this post-Trump world, we need them more than ever “to resist the normalization of hate and prejudice, to stand up for the communities that have been marginalized, and advocate for an America that serves all of its citizens.”  Even fiction writers write about politics sometimes, and they should.

There are lots of craftivists and activist knitters doing good work right now.  Our world is a better place for their having the courage to use their talents in support of important causes:

And activist knitters aren’t a new thing – people have been using crafts to make a political statement since at least the 1700s.

I suppose all those amazing creatives should sit down and shut up, too?

To suggest that knitters don’t have anything important to say about politics because they’re “just knitters” is asinine.  I can’t even have a conversation with you if that’s the basis of your argument.  Do you really think yarn takes up so much room in our heads that we’re incapable of thinking about anything else?  Or is it that knitters more often than not are women, and what you really have a problem with is our vaginas?  ‘Cause that’s what it sounds like.

I looked really hard for more substantive criticism than “but—but— she’s just a knitter so why would anyone listen to her?” I couldn’t find any.  Just lots of people telling me to stay in my lane because I’m just a knitter.

To that I say: fuck you.

Whether politics belong on my blog is a question I’ve been considering since I wrote my first political piece.  I’m glad to have been presented with this opportunity to engage in a deeper analysis and commit to a path.  I’ve really enjoyed writing political opinion, and I’ve been incorporating politics into my creative pursuits for years.  It works for me.

I stand by my original assessment of Palmer Report.  The bizarre tirade of ad hominem attacks and “look who retweeted me, this means I’m credible” which followed underscores what I said in that post.  On top of that, after I published it people started warning me that Palmer was going to come after me.

Frankly, I was surprised that he even dignified this insignificant, random knitting blog with a response.  But, I’m glad he did.  Now we all have the opportunity to see firsthand what “Palmer will come after you” looks like.  Palmer’s behavior, and that of the readers he sent after me, demonstrates how little space separates zealots on both sides of the political spectrum.

I’ll leave it to you to decide whether this is appropriate behavior for the editor of a news site. 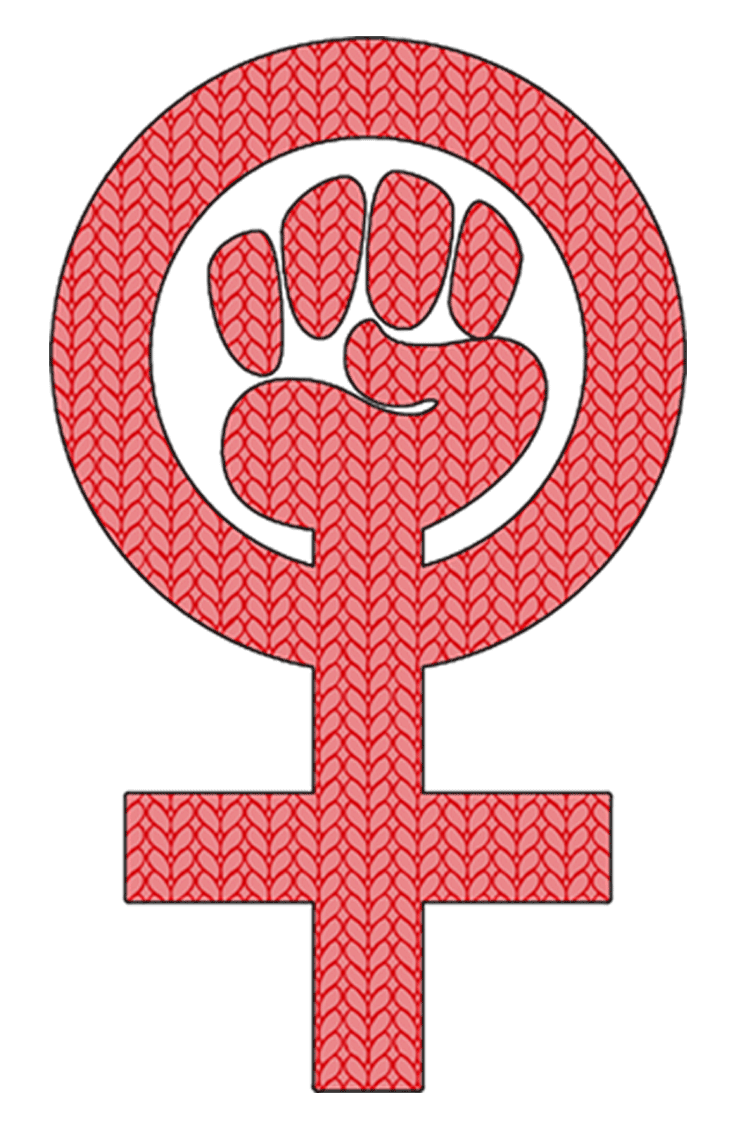 Let’s Talk About It!

What do you think?  Should knitters keep politics or other activism out of their blog?  Are knitters smart enough to discuss politics?

I’d love to hear your thoughts.

* Palmer keeps referring to me as a “random knitting lady.”  If you spend two seconds looking at this blog, you will note that there are exactly ZERO knitting related things.  My logo even has a crochet hook in it.  This is further evidence of the quality of Palmer’s journalism skills – if he can’t get a small detail like this right, what else is he getting wrong in his haste to hit the publish button?

Previous Post: « A Little Yarn Can Go a Long Way #MicroblogMondays
Next Post: 2017 Won’t Blow and Here’s Why »

This site uses cookies to personalize content and ads, to provide social media features, and for site analytics. By using this website you consent to the terms and conditions contained in the Disclosures/Privacy Policy.Accept CookiesRead more