You are here: Home / Deep Thoughts/Hot Takes / Falalallama: The Ugly Christmas Sweater That Could

It all started with this ugly ass Falalallama sweater I found at the grocery store: 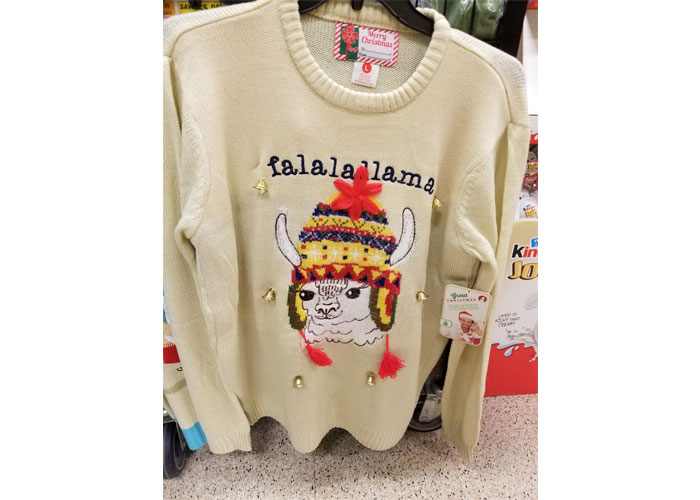 I couldn’t walk past it when I spotted it in the grocery store even though it was probably made in a sweatshop and that bugs the shit out of me.

I bought it because I haven’t been home longer than to sleep for about two weeks, which means we were down to eating cracker dust and confetti corn, so I had to go to the fucking grocery store on a Saturday morning in a snowstorm.

I had to make said trip because Amazon Fresh stopped delivering groceries in my area on November 30. I had to make said grocery store trip with my seven year old spawn in tow, which means that the trip took almost THREE FUCKING HOURS and I spent $200 more than I usually do.

I never want to set foot in a grocery store ever again and also toothbrushes with spinning heads and a stack of sardines landed in my fucking cart.

The day is more than halfway over and I still have Halloween decorations out and the house is a wreck because I haven’t been home.

All of this to say that this is the most fucking offensive sweater ever and thank god there is a liquor store next to the grocery store.

This day, every single minute of it, was deeply, deeply offensive.

But as I moved through unpacking the groceries, I realized that there were so, so many more offensive things than the Falalallama sweater I purchased: 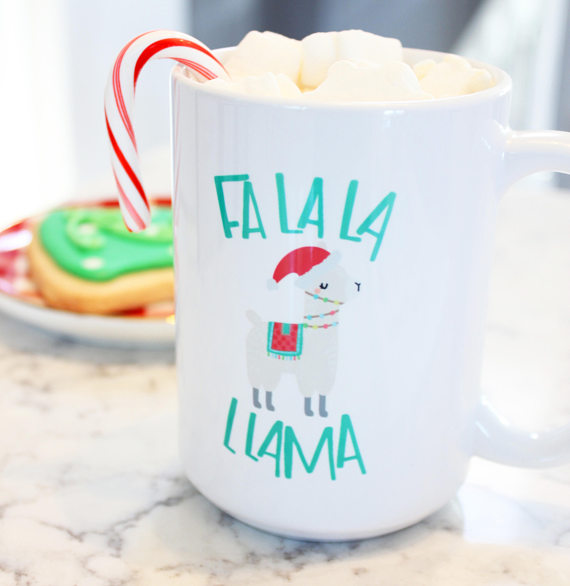 This has sort of been my entire last few months (absent the Falalallama sweater, which is new). I’m chucking 2017 in the fuckit bucket and calling it a year. Because I realize that none of this is about the fucking grocery trip or how messy my house is or whether the tree is up yet.

It’s about things that are too big for me to fix.

So instead of doing All The Things I set out to do today, I’m sitting at the kitchen table writing about not doing them because that’s what I need to be doing.