You are here: Home / Deep Thoughts/Hot Takes / Labyrinthitis and other such nonsense

One minute I am scooting along, reworking the blog, setting up a happy little corner of FB for my creative pursuits, planning, scheming, and hooking my little heart out, and the next minute BAMMO.  As I sit here I still do not know exactly what plague befell me, but the end result is that in addition to being tongue-in-cheek loopy, I am now actually loopy!  I am choosing to look at this as a source of amusement because feeling like I am on a roller coaster while not having to sweat my ass off waiting in line for one is kind of awesome in a weird way.

Labyrinthitis is the technical term for what is going on, or at least the one we are working with until we see whether the lovely pharmaceuticals I am on sort it out in a couple of weeks.  I thought something was still a little off this weekend when the ONE (I swear really it was just the one!) glass of wine I had on Saturday night threw me for a loop and I was stumbling through the house like a drunken sailor which, given what is going on in my vestibular system, is a pretty accurate description.  By yesterday morning I felt like I was gently rocking on a boat with occasional 50 foot swells.  All of the time.

The doctors did some superfun tests and I will just say that if I had to pass a field sobriety test that involved walking heel to toe I would fail miserably.  And also when I was done with those tests I looked kind of like this: 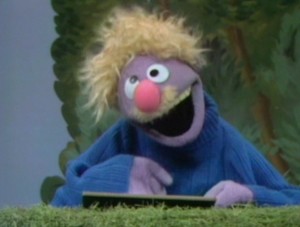 Oh my word.  The things that exist in the universe: 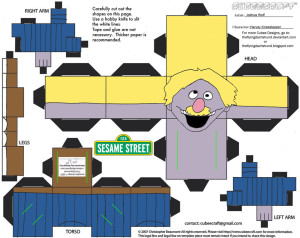 And also oh JEEBUS now I have another new hobby.

I’ve been doing a lot of futzing with what I want to do with my life what direction I want to go with blogging, because I have been at it since ehhhh 2007 or so and then pretty much abandoned it when smallest kiddo arrived and then this one which I have kind of pecked at a bit for a couple of years but not really gotten going with because woooooosh time just moves too fast and there are so many things!

But when I was popping in and out of the hospital last week trying to figure out what was wrong with me and wondering if I was going to DIE because I am an excessive worrier and worst case scenario is my favorite place to hang out, I can work on fixing problems in my brain if nowhere else….I realized that I had projects and words and dreams and goals and plans and many many things that needed to get out into the world and goddammit I wasn’t going to die sitting there in a hospital without making a mess of sorting all of those things out first.