On the last Saturday of each September my little town has a “Day.”  I’ve either participated in it (in marching band in high school) or gone to it every year, and I’ve seen it blossom and wither as time passed.  Some years, there are lots of crafters and lots of participation.  Others…it’s a lot of tables of people re-selling dollar store toys.  This past year was amazing!  I felt like it was back to its former glory.  Definitely light on the crafty side, but there were TONS of people and lots of stuff for the kiddos to do.  (I did miss the dunk tank, though!)

For the past few years, I’ve said, “I am totally going to rent a space next year and knit and crochet and sell all of the things!”  I promptly forget my resolution (and dismiss that nagging voice that pops up all year and keeps telling me I should just do it already!)  and go to Swedesboro/Woolwich Day all grrrr because once again, I am checking out other people’s lovely crafty booths without having one of my own.  This year was the final straw. 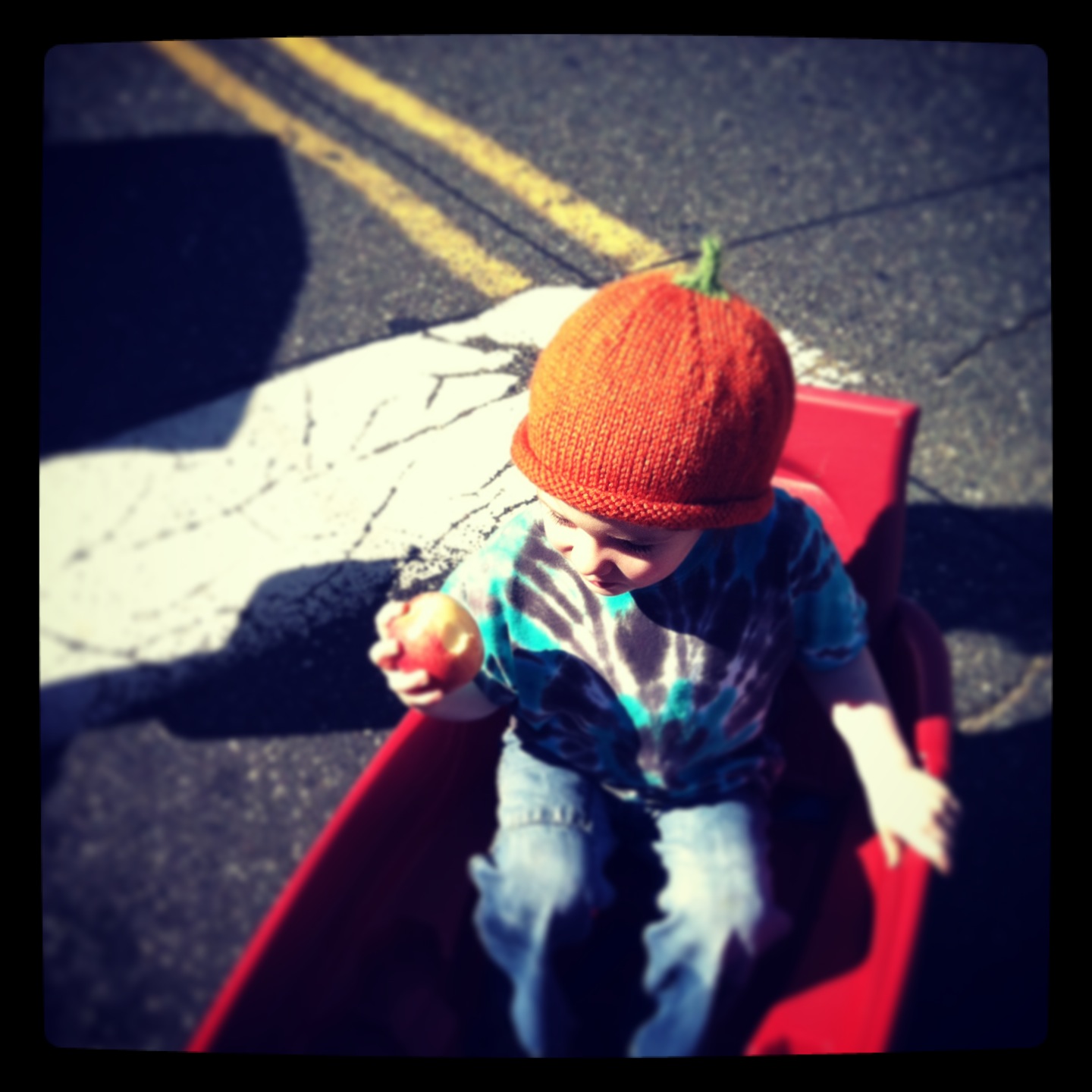 All day people were asking me which booth I bought my little dude’s hat at, including the lovely people at Tavro 13 who were selling yummy pumpkin ale and wanted pumpkin hats for their bartenders.  I was totally unprepared for that so I didn’t have business cards for my Etsy shop or anything with me. Not even extra hats to sell from the bottom of my purse.  Nothing!

2014 is the year.  I am allllll over Swedesboro/Woolwich Day.  I won’t be caught with my pants down again.  At least not there.  😉

But I am also pretty flaky.  Really good about hatching ideas and then…yeah.  Procrastination and life and kids and work and all of the other stuff that gets in the way of my brilliant schemes….

I have no idea what I am doing.  I know a gazillion people have done it before me, I just don’t know any of them!  My mom used to make these amazing Santas, and I vaguely recall her (or my grandmother?) doing craft shows and selling them when I was a kid.  But there was no Internet then.  Maybe it is different now?

So, we’ll see.  I’m gonna blog my way through it and try to keep myself accountable to someone, even if it is random strangers on the Internet.  Will it be awesome? Will I just fall on my face?  Who knows?  This could be a really awesome public train wreck.  Or it could work and I could quit my day job (not that I don’t LOVE it, if my bosses are reading!) and just play with yarn all day.

Please peek in and yell at me to work on Project: Craft Show occasionally.  I will appreciate being publicly shamed into doing what I am supposed to be doing.