Daylight savings time has sprung, and it feels like mother nature has pulled a big fluffy comforter over us and tucked us in for the winter.  Night night.  Working the traditional 9 to 5 as I do, the world outside of work hours is generally dark, but at least this year my little corner of the office is on a sun porch so I can soak up a few rays as I type away.

Halloween breezed by!  Little man was a skeleton this year and surprisingly was the only skeleton in the neighborhood. 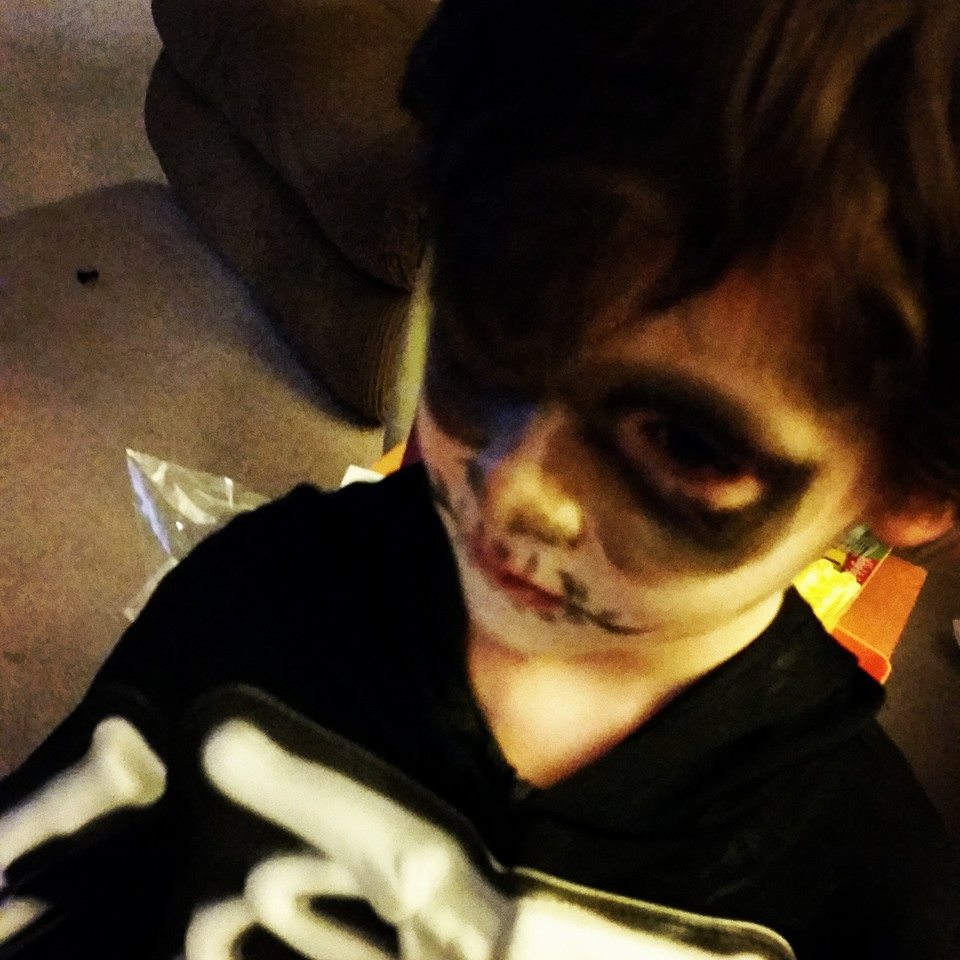 Remember when I made his trick or treat bag way back with reflective yarn?  Oh, it worked alright.  It glowed and impressed the neighbors and held all of the candy and survived being drug on the ground when he got tired. 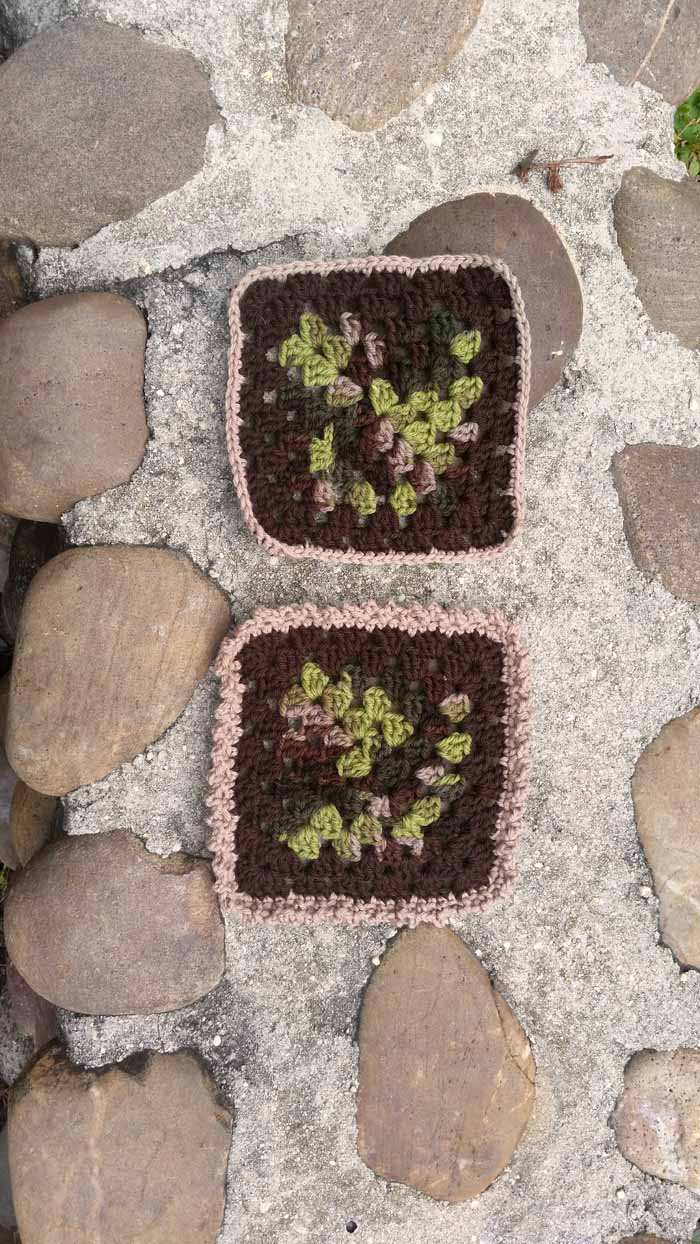 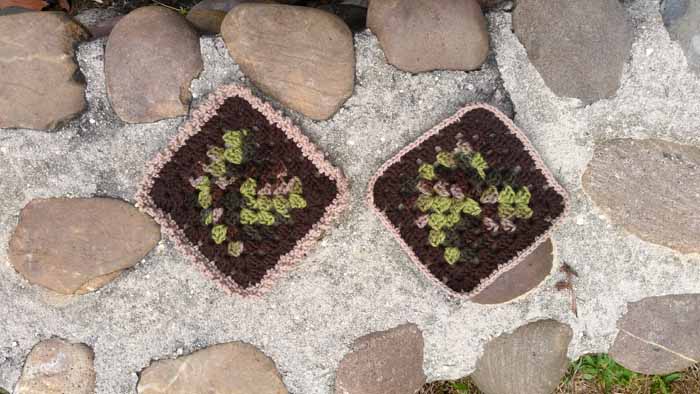 I have been working on a crochet towel holder for a friend of mine and when I was poking around for ideas I stumbled across these awesomely hideous retro owl crochet towel holders.  They were bad, bad, bad and also charming because they were so bad.  I wanted to hug them and tell them how sorry I was that they got mothballed when avocado and harvest gold appliances went out of style, and offer them sanctuary in my kitchen where all things Merry Mushroom and 70s are welcome. 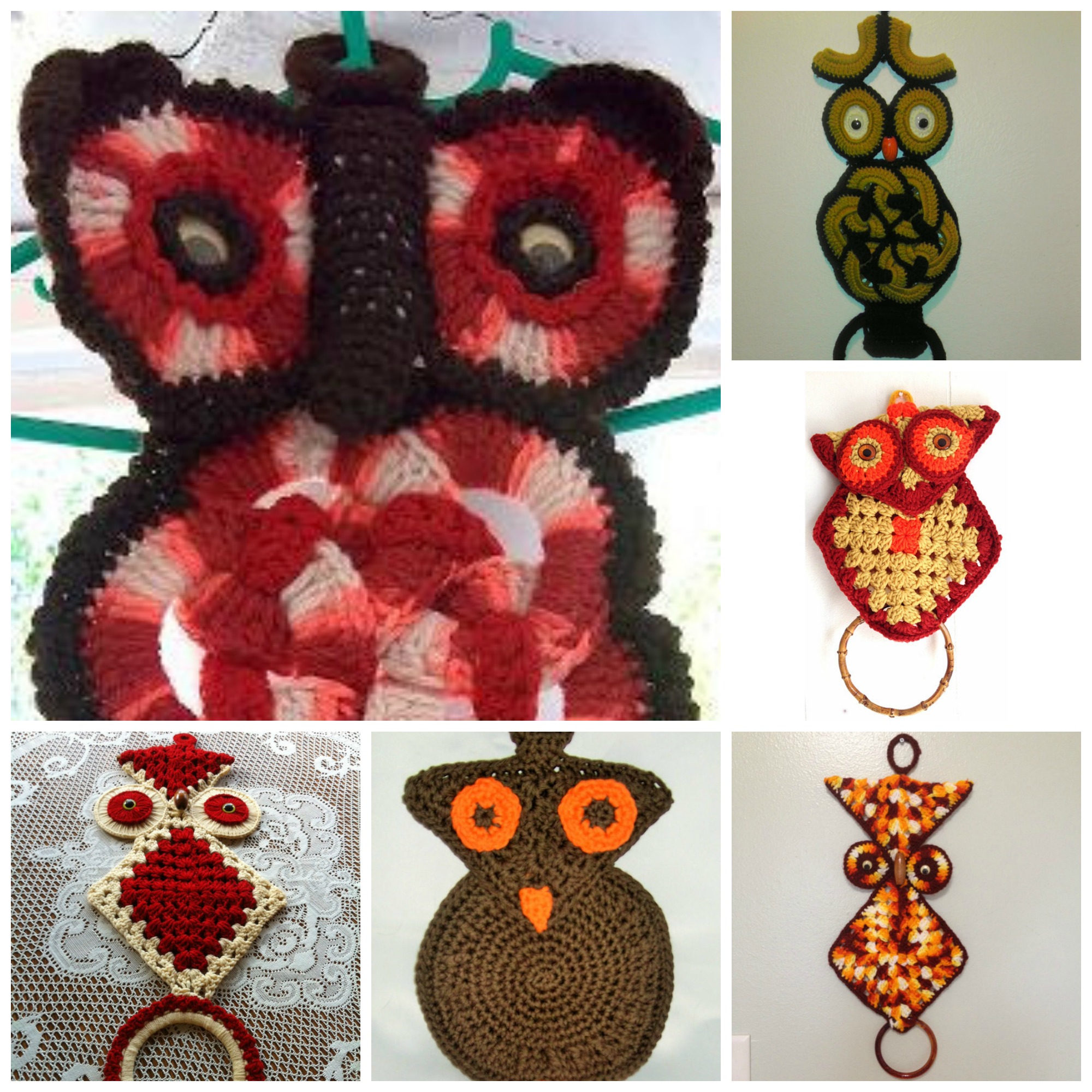 There are so many awesomely different interpretations of this idea!  A couple of the ones up there are new handmade ones, but most of the ones I found were true vintage castaways.  Poor little guys!

I immediately became obsessed with the idea of making an owl towel holder.  I didn’t look for a pattern, because the one I had in mind wasn’t much more complicated than a couple of granny squares and a few circles.  Easypeasy. 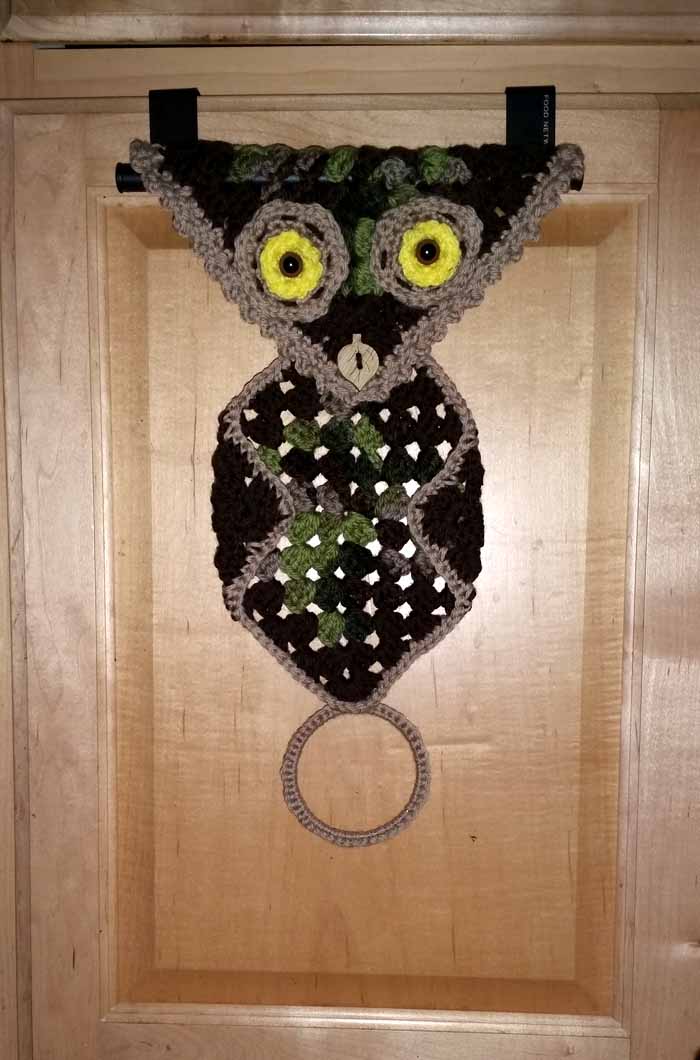 He could use a little blocking but I’ll call it mission accomplished.  =)

Instead of having a hanging loop at the top of mine like the other ones I saw, I decided to make my owl’s head fold over the towel bar, so his little leaf beak is a functional button.  For the ring, I took one of those cheapo metal bangle bracelets and hooked a row of SC around it and then attached it to the bottom with slip stitches.  It worked great!  BUT, to be honest, the structure of the bottom granny square is not supportive enough for him to bear the weight of a towel.  It tends to stretch out.  So now he is just a cute owl hanging out where my kitchen towel used to live, and the kitchen towel now hangs out on the counter top.  Cuteness before function!

I hope you all are having a fabulous November so far.  It has been hectic and I’ve been a bit under the weather, but fingers crossed by this coming weekend I’ll be perked up and life will slow down a bit.

Are you excited about the opening of Big Hero 6 this weekend?  We are already armed with tickets and I think I am more excited than my kiddos!